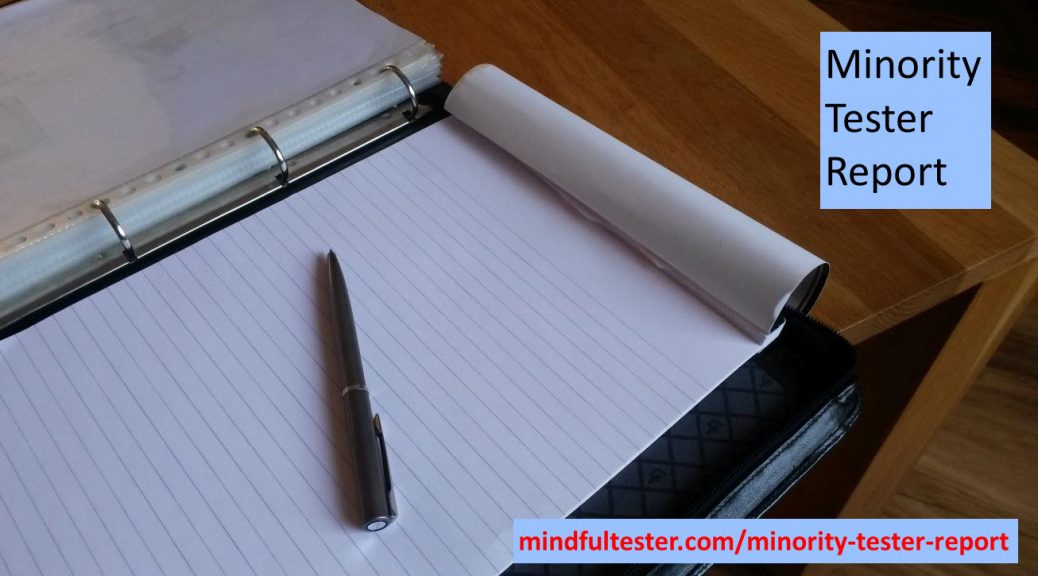 This is not a science fiction movie set. It’s a blog post.

It is a good practice to define a minority tester before heading off.

Sorry, I prefer to tell about it.

In my career as a tester I can only remember one peer who had an engineer degree in Computer Science like me.  This is not the minority tester I want to write about.

In 1991 I wrote my first program for a software supplier. At the moment the majority of my peers in the industry are younger than me. This is getting closer to my image of a minority.

Most people in the Netherlands don’t look like me. I feel a minority tester, if they mention it.

During a hiring event I visited a company which really cared for their employees.
“If they hate the clock, I remove the clock.”
The CTO looked for potential in people, not for the other things.

I talked about IT and where testing is heading to.  There was no single question about how I looked.

Once upon a time  I clicked on a button in LinkedIn
and I got attention weeks later. My standard answer of “no test automation experience” was dismissed.

So I visited the website. This was the first time I saw a company explicitly encouraging minorities to apply. Benefits were also shown on the same page.

During the hiring event I spoke with a manager. We had a good discussion about testing. What are the limitations of automated testing? How could exploratory testing add advantages?
I felt appreciated for my experience and knowledge.

Another time another company.

10 minutes in the job interview I told about an idea popping in my head. There was an expectant silence. I told how Test Driven Development could be used with tools they used. They liked it.

The interview changed in a chat between peers exchanging thoughts about testing. My CV was referred to less and less.

Some of my red flags or alarm bells. Also known as some signs that I will not be hired.

How to get talented minority testers in your company.
Spoiler: there is an abundance available.