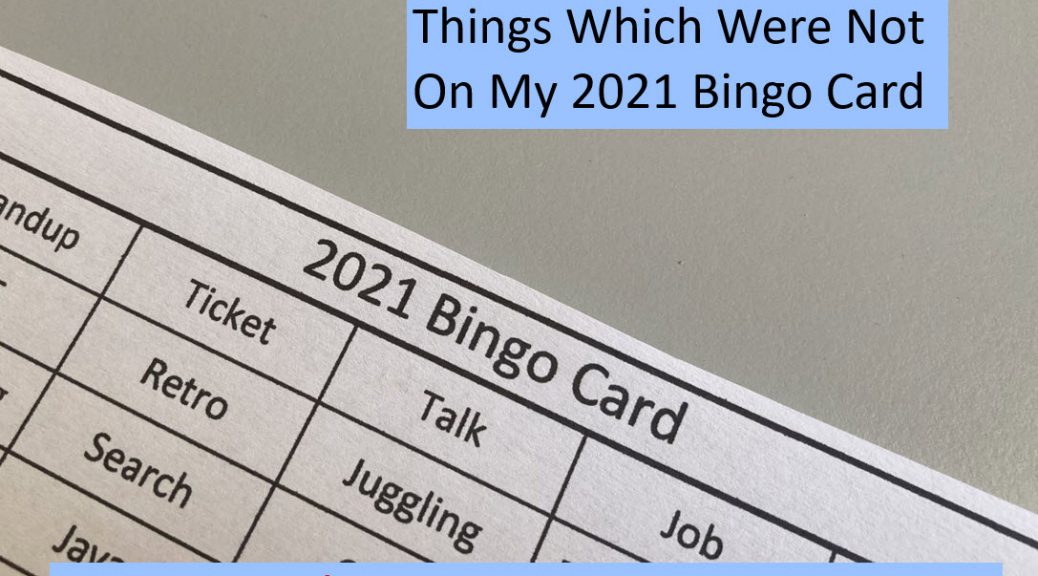 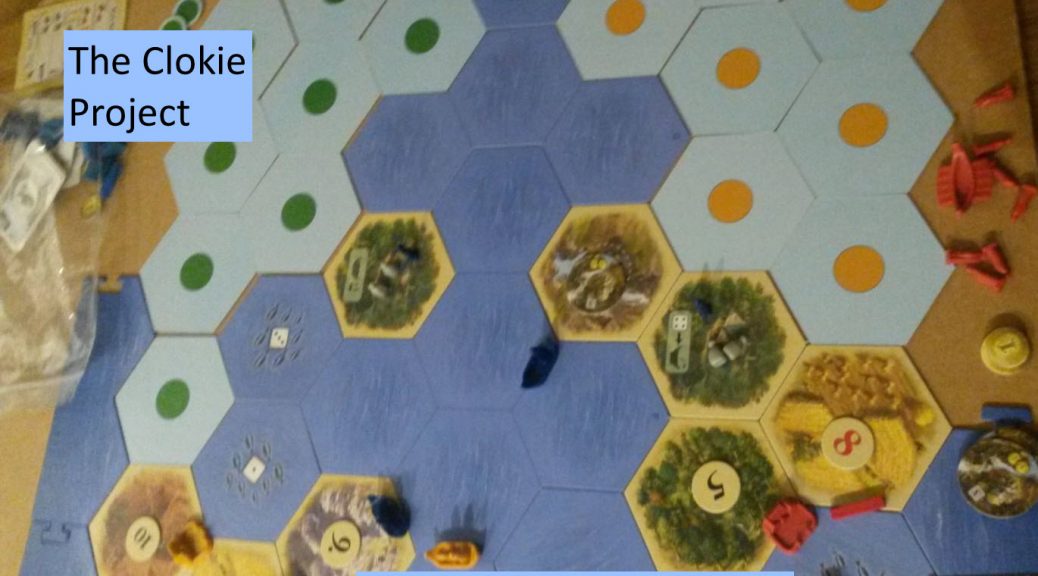 In December 2018 Katherina Clokie, a known speaker, announced to look more outside the Tester community.

After a few months I realised that it was not a bad idea.

My change of heart

My wife has some really tough questions I have to answer. The biggest one is:
“What did you learn?”
Right behind each test conference.

So I reduced my number of test conferences and number of hours at the conferences. There are still some really good conferences like TestBash, Agile Testing Days, and European Testing Conference with plenty of awesome few insights.

I attended a lot of other conferences and after a while I would be just happy to pick up something new.

There is more to gain at a conference if you only know the basics. With more than 20 years of experience it is a way less.

It was time for my Clokie project.

Time for a small flashback to October and November 2018. I already had looked outside the Test Community.

Here are some notes from Infosecurity 2018:
In case of doubt treat data as personal data. Zip code and house number are personal data.

A change of behaviour can indicate an identity theft.

The way of accessing data in the cloud is the weakest link.

In GDPR, the European Privacy Law, a penalty is used to let the company feel the pain instead of putting a company out of business.

How to attract people to an expo? Goodies, free access, and talks.

Some Healthcare and ICT notes of me in random order
Anonymize pictures, determine objects of interest, and annotate them using smart software.

First step is vision and then involve stakeholders like care providers, health insurers, and suppliers.

Patient panel discovered that 60 % of the patients want a personal health environment.

Care providers like hospitals and doctors are stimulated. They get money on basis of results and not on actions taken.

Law of customer’s rights. E.g. A care provider should only get information which is needed for the care to be provided.

Misconfiguration is becoming the weakest point in defense.

010dev is a small meetup in Rotterdam. It has Dutch characteristics like gezellig (cosy) and Buy Own Drink. It is in a pub after all. Once in a whole while it is in a company.

During my meetups there are no lectures, but I still listened a lot. As a tester was I am able to follow the small talk and tech talk?

In a few hours a lot of subjects passed. Programming languages, projects, and new trends were discussed. Somehow I could understand bits and pieces.

Developers.nl had a more traditional format for the meetup: free drinks, free meals, and free lectures.

I went to two meetups. The first one was abstract. It was about architecture. What are good guiding principles to set up a complex environment?

The second meetup was about vue.js. This was a challenging one. I had only basic knowledge about JavaScript and HTML. So I read some ebooks about vue.js which are based on these languages.

This talk was more understandable for me. The speaker shared some tips about vue.js.

How to speed up the performance by loading the needed content in 2 stages? First the necessary stuff was loaded for the web page. The rest followed while the user had a first impression of the page.

Looking under the hood

My blog has been made with WordPress. One day I was blogging and a conference in Rotterdam was announced in the dashboard.

There were some particular benefits: 25 Euro for a ticket including lunch, an environment friendly environment, meeting other WordPress users, short traveling distance.

As a tester I had not had a chance to attend a talk about accessibility. I honestly don’t understand this.

This conference offered more talks about this subject than I could process. I skipped the last ones.

Another interesting subject was security headers. It is possible to make WordPress secure. I was thinking that a header only contained some information.

For the interested reader have a look at my conference digest mind map.

Retro: did I learn more than previous years?
Yes.

But what did I pick up in those previous years?
Mostly subjects related to programming and law. Less about testing.

Just made me think.

On Twitter Trish Koo placed a thought provoking tweet. In order to become better in software development  you have to learn both testing and programming. 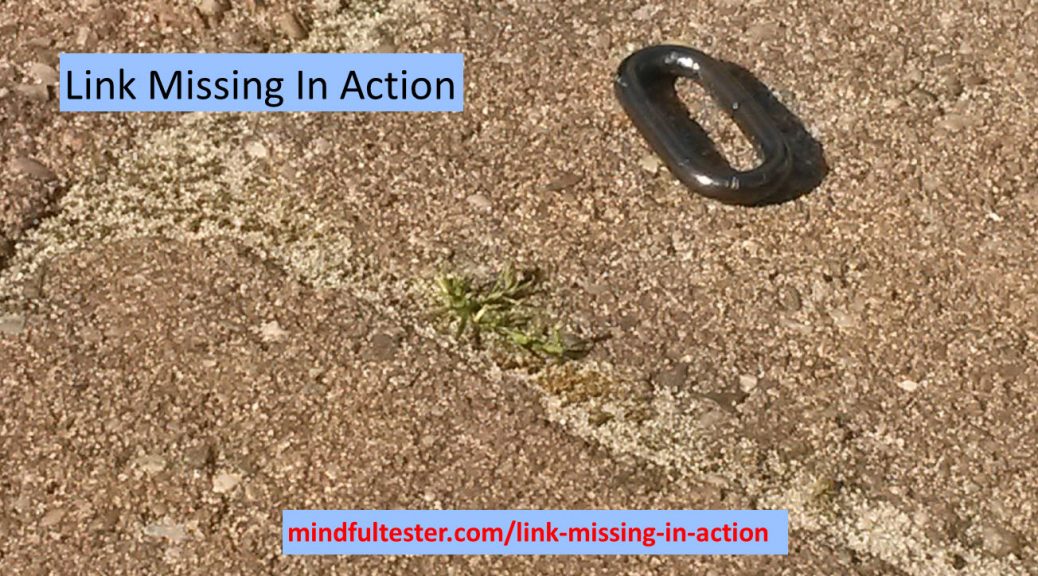 “Know the ways of all professions”
– Miyamoto Musashi

A few blog posts ago I told about my attempts to make this very blog more accessible. I just walked my talk.

For people who need a story:
As a user with no or bad view I want headers tagged as headers, so that the screen reader can read the headers differently aloud.

I changed the look of the headers in a lot of blog posts. I went in a flow and gained more speed in the process, until …

A small square disappeared. I just did an undo and continued editing.

The next time I let the square disappear, I had already updated the blog post on the web.

This was not good for my user journey. I did not want to lose a user by a missing link. Just stick around.

There was an easy trick for finding missing links. On the internet there were free websites and add ons for browsers available.

As a marketeer I had some problems with broken link reporters. A reporter had to hit every page and every link in it. So the number of hits would increase significantly.

This would hide the real traffic in my daily reports. But this is not a company web site. Otherwise I should have to add a note about a maintenance period. For an auditor. So I could skip this role.

First pick of a broken link service stopped half way. The second looked promising, but it had terms and conditions.

Now I was curious. I clicked on the link and landed on a page with lots of legal sentences. Must be American thing.

I tried to distil the information. The most important message was that the service was provided as is. There were no financial consequences for the service providers.

I have a website which does not provide me any income.
So what was I waiting for?

Enter my website and show my broken links you can find.

Now it was the turn for the author to have a fix.
Yeah. Sure.

The first broken link was ejc2008.de. This is short for European Juggling Convention 2008 in Germany. More than 10 years ago. This must be an old-timer.

I entered the URL in the browser and got an error message. After 10 years the website was taken offline. But I needed a link.

Then I looked for internet archive wayback machine in my search engine. This website stores all versions of visited websites. I entered ejc2008.de and found my website.

I picked a link to 2019 copy and replaced the link in the blog posts. This way people can still read about a convention which was visited by more than 3,000 people sharing the fun of juggling.

In my list of broken links I found a link to a Let’s Test conference in 2015. I had a better link available, so I just updated the link. A similar situation for the first TestBash conference in the Netherlands.

It was a simple test tool. No need to switch to tester mode.

Another run of broken link test revealed that I had not changed the About me page. Why did they show up now? No idea.
Anyways. Fixed.

3rd test run revealed no more missing links. But something was wrong. I missed the comeback of the square. Popping back in view.

In my memory I tried to locate the square. It was during header 6 handling. Then I remembered the use of anchors.

An anchor is a fast way to get a reader at the right place in a blog post instead of the top of the post. This saves the reader some scrolling. Example time.

In my blog post about a test exercise the following code is shown in my code editor:

My last upload before my workshop was for me <a href="http://mindfultester.com/a-look-behind-the-scenes/#disaster">another exercise in exploration</a>.

In my blog post “A look behind the scenes – in Runö” the following code is shown in my code editor:

A broken link checker only checks whether the link exists and ignores the presence of an anchor. So it was an anchor missing in action.

Now I had to check the 90ish blog posts for anchors. Preferably automatically and not clicking all links myself. Please.

If I could only find them. I got a flash of insight. It was possible to find blog posts with a search engine in my Content Management System or website authoring program.

I skipped the auditor though.