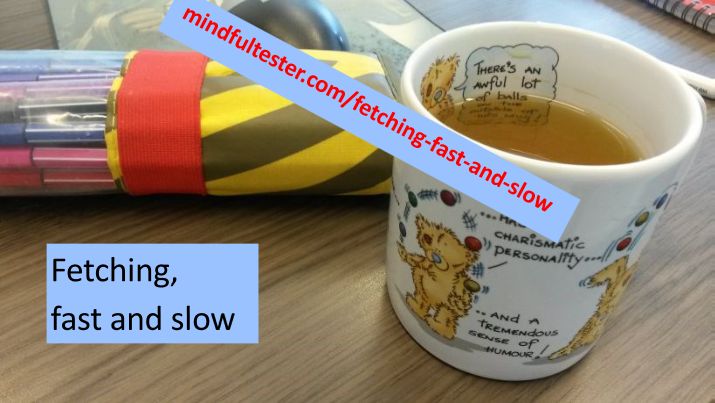 Let’s start with a simple observation of the following sentence:

Do I communicate (without a mouse)?

If you were fast, then there is a high probability you were thinking: “The word mouse is used by the author instead of the word mouth. So the spelling is wrong.”

If you thought hard, then there is a high probability you were thinking: “The mouse is probably a computer accessory. So the question could be rephrased as follows: do I communicate (without a computer)?”

I once heard a great story from an experienced test manager René. He told me, that his project members were communicating with emails. It did not even change, when they sat in the same room. He just set a daily limit of 3 emails, which they could send. This lead to more face to face communication, which improved the project spirit and group cohesion significantly.

In the introduction I used a mind trick on you. This is a trick, which can be used to confuse people.  For the fast observations System 1 is used in most cases. This way of thinking provides fast, almost effortless way to digest information. Like walking to the office.

For the thoughtful observations System 2 is used. Doing complex operations like testing in the office. Both systems have been discussed in depth by Daniel Kahneman in the book Thinking, fast and slow. The title of this blog is based on the title of this book. And fetching is short for fetching coffee.

In March 2015 James Bach introduced the term testopsy. He analysed, what the tester did during a test. I thought about a post autopsy or blog post autopsy.  It is tempting to concatenate the strings post and opsy. But as a Dutch native speaker I do not take any chances.

Just let me perform an autopsy for a blog post: how did I construct the blog post Do I communicate (without a mouse )?

Because I wrote the blog post, I have the original mind map, which was used as a basis. In the following picture I highlight, which System is used and the corresponding trends. System 2 is used in certain parts of the blog post and System 1 in other parts. A manager would say:
“This is nice. And that’s all. The relationship between the parts of the blog post and Systems is meager at most. ”

Time for a graph make over.

Graph SOS
There is a British car program, in which they deconstruct and construct a beloved car wreck. For people, who earn it.  And as a reader you definitely earn a better graph.

In case you did not read this blog post Do I communicate (without a mouse)?, please do. It makes the following graph understandable.

In the graph above I show my usage of Systems 1 and 2 on the vertical axis. The horizontal axis shows the different parts of the post in reading order. So it is possible to observe, that System 2 is used less and less until the end of story.

A manager might be more interested in this graph than the previous one:
“So what you are basically stating, is, that people use System 2 for learning. And participating.”
Or even better:
“I wonder, whether System 1 is used during the meetings in my company .”

Over the years I saw a recurring pattern. Every time I boarded a project or got a new room, I had to change my coffee fetching list. And somehow I reduced the spent time. I eliminated waste: it looked to me, that I was lean. This story I carried with me for more than a year. Telling and retelling it to myself over and over again.

Then it was time to put it in a blog post. I started with the mind map with the condensed and descriptive title Coffee. The first branch contained the story. Then I added two funny anecdotes to add some flavour to the blog post.

In the meantime I had lost my favourite mug out of view: a bear, who juggles, while praising the owner of the mug. (That’s me.) After I had found the mug, I made a photo with my smartphone. The mug was on the foreground and my markers right behind them. Then I noticed my mouse: it was behind the markers and not on the photo. So I changed the view for the next picture: the mouse is on the background. Unreachable for normal use.

A few days later I noticed, that I was missing a photo with a funny text for the blog post. I needed something, that could be connected with coffee or tea. Then I remembered the picture of my mug, which was a major obstruction for using my mouse. A thought about communication entered my mind: Do I always need a mouse for communication? It was relatively simple to write an introduction from this point.

Most stories have a lesson at the end. I think, that it is highly predictable (and a bit boring). I wanted to give the reader a choice out of 3 lessons. But that was not entertaining enough. So I placed myself in the spotlights (again). If I could let my voices speak, then I would have a more recognisable situations instead of some abstract and concise questions without any explanation. I took the following voices:

I somehow used a Dutch style form: the circle is round. I started with the title Do I communicate (without a mouse)? And ended with the same question. 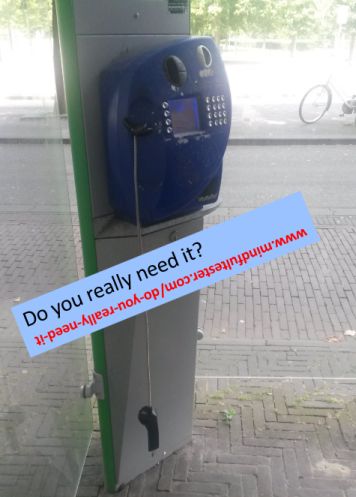 Paul knocked a few times on the door. And opened it slowly.
“Are you busy?”
“Yes, but I can make time for you.”
“We’ve got an open door policy, but your door was closed. So..”
Paul waited a few moments.
He gestured to George.
“George said, that I have to bring something to your attention. And ..”
George’s mobile phone went off.
“Excuse me.”
George left the room with the phone to his ear.

“Yes Paul.”
He looked to the door with a desperate look.
“I can wait.”
“What is that piece of paper? You want to show it to me?”
“Actually ..”, Paul started.
He showed it to his manager.
“That’s funny: the phone booth cannot be used.”

Paul pulled himself together:
“Within a month our company will release the car call service. So customers can call their cars and ask, whether enough fuel is in the gas tank.”
Paul’s manager nodded.
“At the moment we are focused on apps on smart phones. We are also testing normal phones. Why not test phone booths?”
“How big is the chance, that a business man calls his car from a phone booth?”
“Pretty small”, Paul admitted. “But there are enough people, who would like to publish a bug about the service on the Web.”
“So your point is…”
“Our slogan is: Your Drive Is Our Drive. People do not like to think about a slow walk to the gas station. Especially after a failed call from a phone booth.”

Ten minutes later George asked Paul:”How did it go?”
“Fine. I have budget to hire a phone booth.”
“How did your phone call go?”
“Nobody called.”
“You mean: no one.”
“Yes” George smiled.
Paul began with: “You are …”
“I am your coach, not your spokesman.”
Paul objected with: “I might not find the proper words to express myself or not find the right arguments. I might miss my drive.”
George just raised an eye brow.

During the training introduction of software testing I told the delegates about a special object in the neighbourhood.
“If you drive your car from Rijswijk to Rotterdam, then you see a huge building next to the highway near Delft. It is blue and yellow.”

I continued with telling, what most people thought. That it was just another furniture shop of a well known brand.
“It is a concept center. In this building ideas for this brand are developed and tested.” 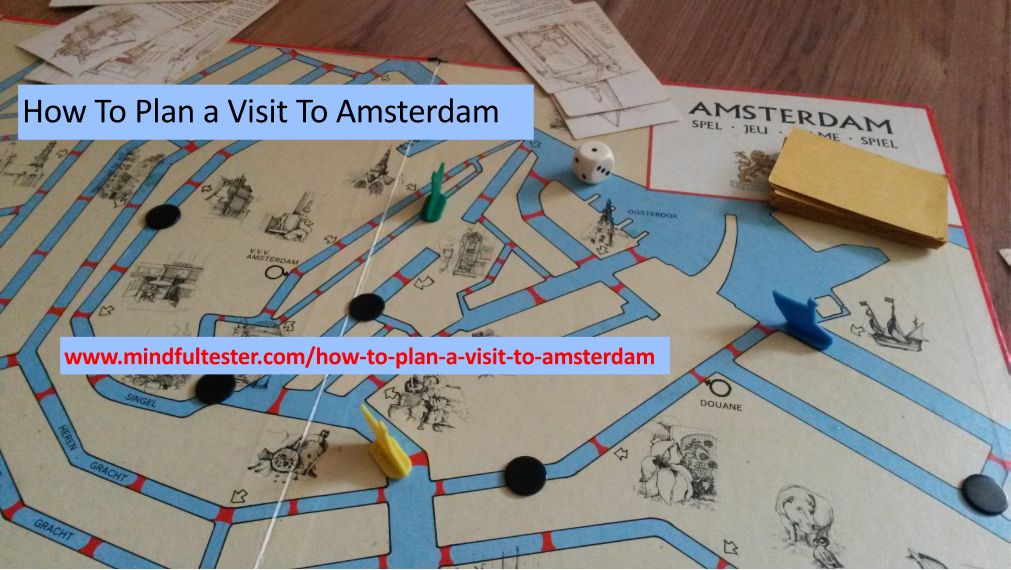